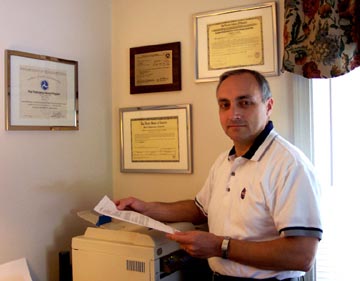 Bob Shotwell has been a professional broadcaster since 1971. Holding positions ranging from announcer, chief engineer, corporate director of engineering, consultant, corporate officer and station owner, there is not an aspect of station operation that he is not intimately familiar with. Bob is now president, managing partner and an inspector with Spectrum Investigative Services, which conducts Alternative Broadcast Inspections in New England and Florida through the various State Broadcast Associations under the FCC ABIP program. 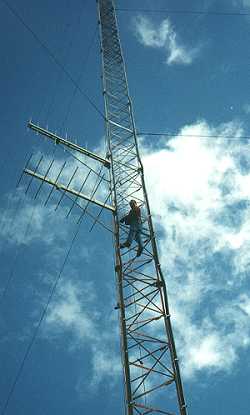 An F.C.C. First Class Licensee, since 1976 and presently possessing a General RadioTelephone License both with Ship Radar Endorsements, Bob has been FCC licensed for over 40 years. He also is a senior member of The Society of Broadcast Engineers and a charter member of The National Association of Radio and Telecommunications Engineers, holding a Professional Broadcast Engineer and Master Engineer Certification from these industry certification organizations.

In his 4-plus decades of broadcast engineering and management, Bob has overseen the construction of multipatterned 50 kilowatt AM and 100 kilowatt FM transmitting facilities, constructed elaborate analog and digital studio facilities, successfully assisted in the prosecution of a comparative hearing before an FCC Administrative Law Judge, owned and operated a stand-alone FM radio station and has met a payroll without missing a week!

In addition to commercial radio interests, Bob has been a licensed Ham Radio Operator since 1968 and holds an Advanced Class Amateur license , call letters WA1KUZ. He is also a licensed pilot holding a Commercial F.A.A. Pilot's Certificate with Instrument and MultiEngine Ratings and is certified by the F.A.A. as a Flight Instructor, Instrument Instructor, and an Advanced Ground Instructor.

Bob lives in New Port Richey Florida and Enfield Connecticut with his wife Laurie who also shares his passion for all things aviation. They also share their home with their cat Cheeto and dog Snickers .