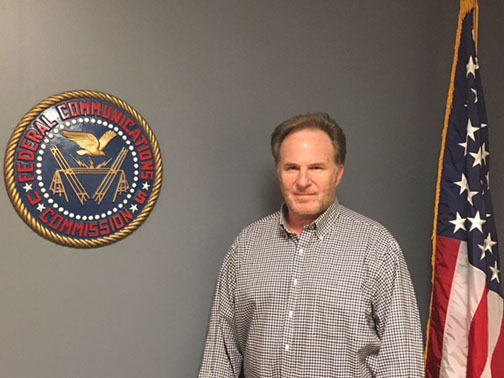 Dennis Loria, an Electronics Engineer based in Boston, Massachusetts most recently served as the FCC’s District Director of the Boston Field Office. An Electrical Engineering graduate (BSEE) from Villanova University in 1974.

Dennis began his career with the FCC as a staff engineer in Washington, DC as a member of the Special Enforcement Facility (SEF) of the Commission. In 1978, Dennis transferred to the Boston Field Office where he served as a staff engineer empowered to inspect various radio stations and enforce radio regulations.

In March, 2004 Dennis was promoted to District Director of the Commission’s Boston Office, where he served for 12 years before retiring in 2016.

Dennis lives in Plymouth County with his wife, Irene and their three daughters. When not working, Dennis enjoys playing basketball, golf, and other recreational activities.